Abraham Lincoln senior Claire Jones was honored as one of 25 finalists for the U.S. Army-Pro Football Hall of Fame Award for Excellence on Tuesday.

“It was an honor to be on stage today accepting this award,” said Jones. “It is a testament to all the hard work I have put in throughout high school.”

Presenting her with the award was NFL Hall of Fame Inductee Andre Tippett.

Jones participates in a variety of activities at Abraham Lincoln High School including basketball, cross country and track.  Among her accomplishments during her high school athletic career was being selected to the Senior All-Star Game for basketball and as an All-Conference Runner in cross country.

In addition to her work in the classroom and in sports, Claire assists with the Junior Lynx Girl’s Basketball Program and AFJROTC community service program.

She currently holds a 4.39 grade-point average and will attend the United States Military Academy at West Point upon graduation from Abraham Lincoln in June.  During an interview with local news media representatives, she gave credit to her teachers and coaches for supporting her in her academic, athletic and community service pursuits.

During the ceremony, Abraham Lincoln High School principal Bridgette Bellows accepted a plaque on behalf of the school, and teacher Sarah Steinmetz was recognized for supporting Jones and other students in their success.

The winner of the U.S. Army-Pro Football Hall of Fame Award of Excellence will be announced on August 4 during a special luncheon in Canton, Ohio. 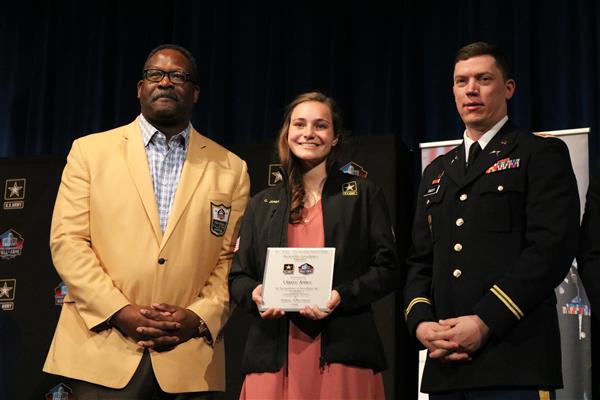 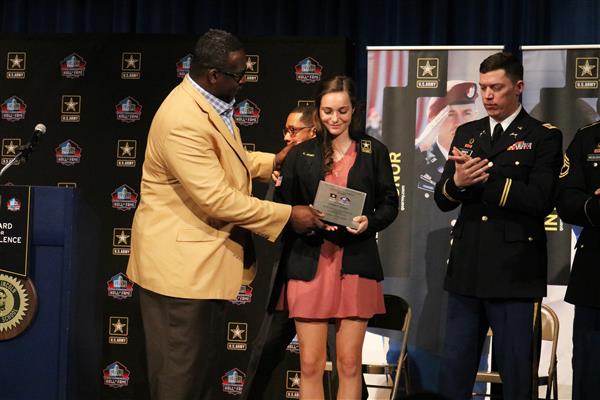 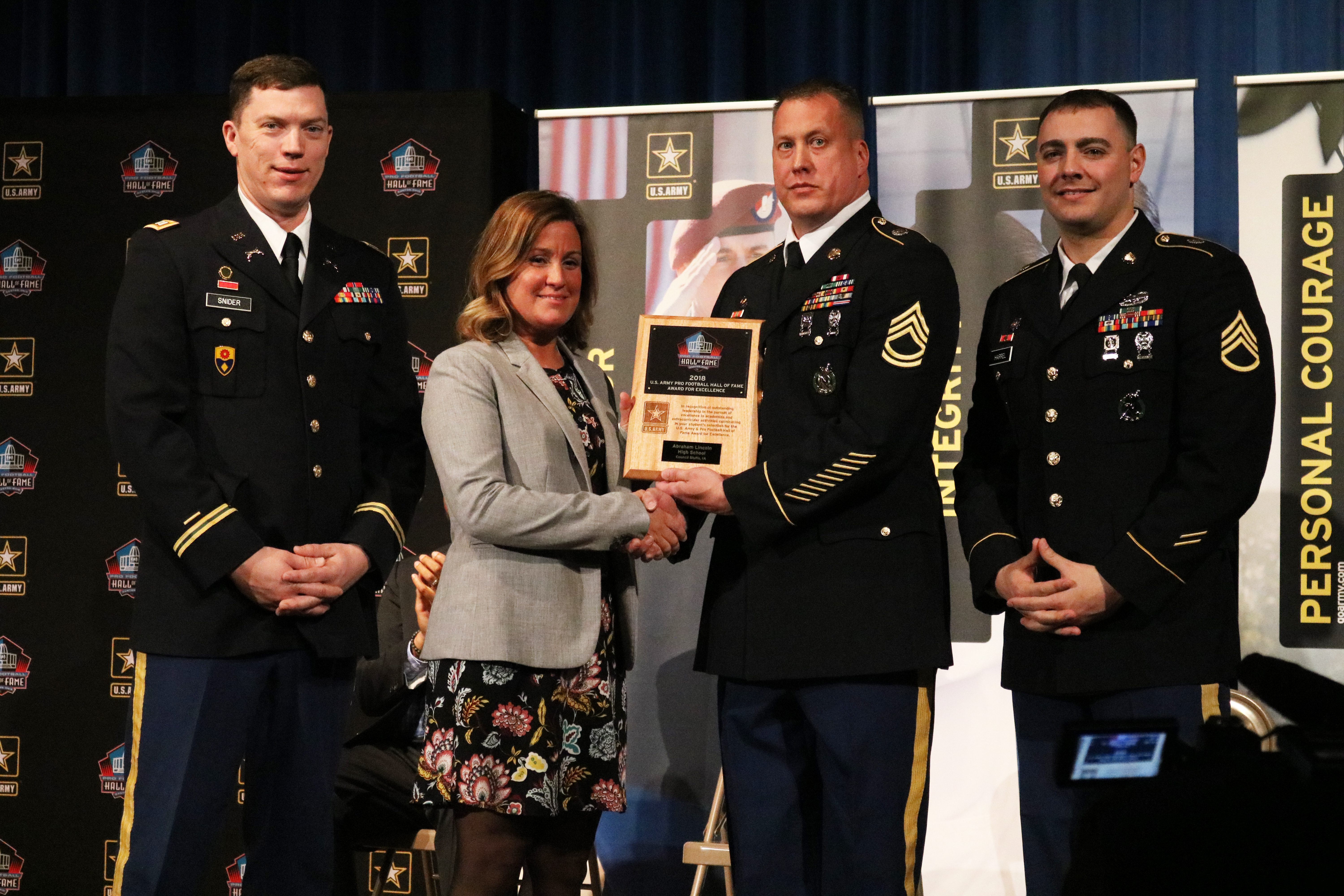 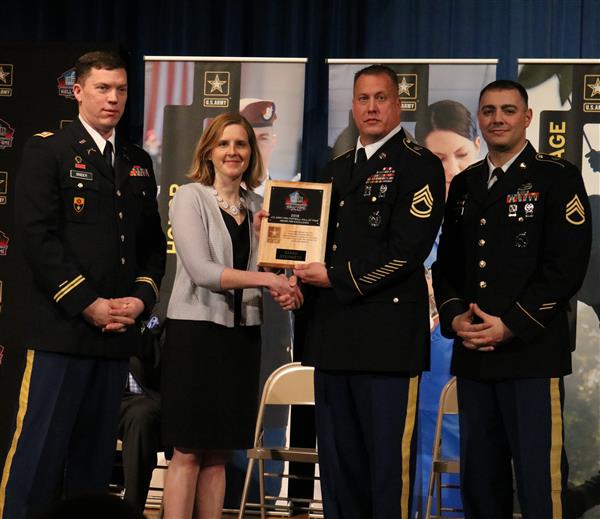